God message to the people of the scripture in Qur'an

God message to the people of the scripture in Qur'an

God message to the people of the scripture in Qur'an God’s Message To The PEOPLE OF THE SCRIPTURE In Quran 2. In The Name Of The True Only One God, The Most Gracious, The Most Merciful (Say (O Muhammad SAW): "O people of the Scripture (Jews and Christians): Come to a word that is just between us and you, that we worship none but Allah, and that we associate no partners with Him, and that none of us shall take others as lords besides Allah. Then, if they turn away, say: "Bear witness that we are Muslims.") Holy Quran 3:64 3. (Truly, the religion with Allah is Islam. Those who were given the Scripture (Jews and Christians) did not differ except out of mutual jealousy, after knowledge had come to them. And whoever disbelieves in the Ayat (proofs,evidences, verses, signs, revelations, etc.) of Allah, then surely, Allah is Swift in calling to account. So if they dispute with you (Muhammad SAW)) (say: "I have submitted myself to Allah (in Islam), and (so have) those who follow me. " And say to those who were given the Scripture (Jews and Christians) and to those who are illiterates (Arab pagans) "Do you (also) submit yourselves (to Allah in Islam)?" If they do, they are rightly guided; but if they turn away, your duty is only to convey the Message; and Allah is All-Seer of (His ) slaves) Holy Quran 3:19-20 4. (Say (O Muhammad SAW): "Exceed not the limits in your religion (by believing in something) other than the truth and do not follow the vain desires of people who went astray in times gone by, and who misled many, and strayed (themselves) from the Right Path.") Holy Quran 5:77 5. (O people of the Scripture (Jews and Christians)! Do not exceed the limits in your religion, nor say of Allah aught but the truth. The Messiah 'Iesa (Jesus), son of Maryam (Mary), was (no more than) a Messenger of Allah and His Word, ("Be!" - and he was) which He bestowed on Maryam (Mary) and a spirit (Ruh) created by Him; so believe in Allah and His Messengers. Say not: "Three (trinity)!" Cease! (it is) better for you. For Allah is (the only) One Ilah (God), Glory be Him (Far Exalted is He) above having a son. To Him belongs all that is in the heavens and all that is in the earth. And Allah is All-Sufficient as a Disposer of affairs.) 6. ((It is not (possible) for any human being to whom Allah has given the Book and Al-Hukma (the knowledge and understanding of the laws of religion, etc.) and Prophethood to say to the people: "Be my worshippers rather than Allah's." On the contrary (he would say): "Be you Rabbaniyun (learned men of religion who practise what they know and also preach others), because you are teaching the Book, and you are studying it. Nor would he order you to take angels and Prophets for lords (gods). Would he order you to disbelieve after you have submitted to Allah's Will?) Holy Quran 3:79-80 7. (And there are, certainly, among the people of the Scripture (Jews and Christians), those who believe in Allah and in that which has been revealed to you, and in that which has been revealed to them, humbling themselves before Allah. They do not sell the Verses of Allah for a little price, for them is a reward with their Lord. Surely, Allah is Swift in account) Holy Quran 3:199 8. (And when they (Christians) listen to what has been sent down to the Messenger (Muhammad SAW), you see their eyes overflowing with tears because of the truth they have recognised. They say: "Our Lord! We believe; so write us down among the witnesses.) 9. (And why should we not believe in Allah and in that which has come to us of the truth (Islamic Monotheism)? And we wish that our Lord will admit us (in Paradise on the Day of Resurrection) along with the righteous people (Prophet Muhammad SAW and his Companions radhiallahu'anhu)." So because of what they said, Allah rewarded them Gardens under which rivers flow (in Paradise), they will abide therein forever. Such is the reward of good-doers.But those who disbelieved and belied Our Ayat (proofs, evidences, verses, lessons, signs, revelations, etc.), they shall be the dwellers of the (Hell) Fire) Holy Quran 5:83-86 Visit our Website :http://www.knowmuhammad.org Twitter : https://twitter.com/knowmuammad Google + : https://plus.google.com/u/3/+KOWMUHAMMADPBUH Youtube Channel :https://www.youtube.com/c/KOWMUHAMMADPBUH Instgram : https://www.instagram.com/know.muhammad

How to perform the I 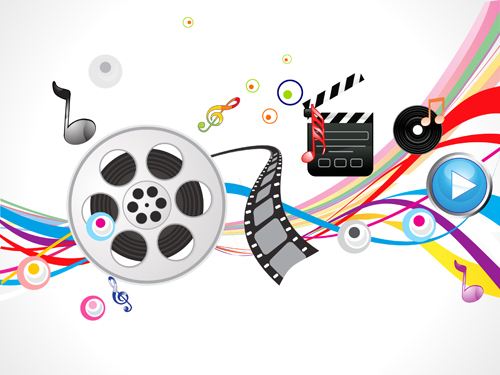